Please enter your game information to complete your tournament registration,

3 Core Set Packs
(Each pack contains 6 cards)
Alduin, dragon, the World-Eater, aspect of the god of time Akatosh. His name can be separated into "Al Du In", which means "Destroyer Devour Master" in Dragon Language.
ABOUT

The Elder Scrolls: Legends’ battlefield is split down the middle, and features special lanes which can offer players an extra level of tactical depth - as well as a little chaos, when certain game modes shake up a lane with its own set of wild rules!
With Legends’ unique rune-breaking mechanic, some cards can even come into play during your opponent’s attacks, making for some heart-racing reversals!

There are five attributes in TES: Legends, and you can use cards from any two of those attributes to build your decks. Combine them in any way you wish to discover innovative mixtures with a variety of abilities and strengths.

Bosmers, the agilest and best archers in Tamriel! Their lifetime are 2-3 time of human, they live a simple and romantic life, keeping harmony with earth and other creatures.
VIDEO 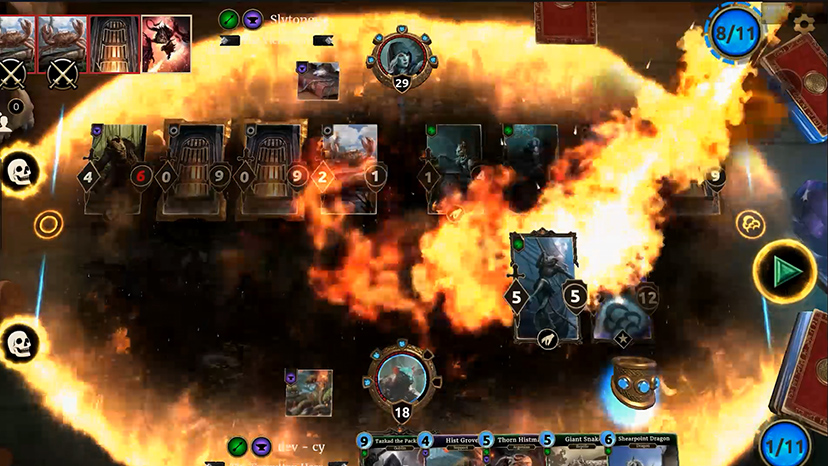